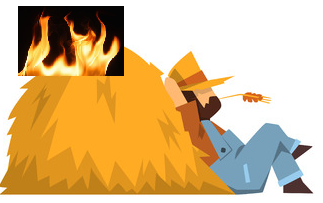 Sleep in the Tosefta II: Nezikin

What’s Similar
Of the three occurrences of sleep in Tosefta Seder Nezikin, only one of them is similar to what we see in the Mishnah (mBava Batra 2:3):

In many ways, this text is similar to what we see in the Mishnah, although there are some noticeable differences, including the aspect of decreasing/improving. Also new in this text is the idea of the store or shed already existing within the courtyard, preventing someone from moving into the courtyard and complaining. Also new is the complaint of a foul smell, which is not an auditory complaint. However, absent here from the Mishnah is the person who crafts his wares for sale in the marketplace. Similarly to the Mishnah, this text concerns certain types of commerce permitted in a courtyard even if would interfere with people’s sleep, as well as indicating that if a certain shop had been set up before someone moved in, they cannot protest against it. Although, seemingly, if that store or shed had not been set up before then, these reasons for protest would be efficacious in preventing these commercial activities in such a place.

What’s New
There are two texts in this order of the Tosefta that are not in the Mishnah, both of which are in Bava Kamma; the first of which is

One who was sleeping inside of [a stack of grain] and it caught fire – even accidentally, is exempt, since he is judged upon his life. (tBava Kamma 6.24)

This discussion of culpability for someone who is sleeping inside of a stack of grain that catches fire is considered exempt for any culpability of damages, since it could very well have killed him. It is unclear whether this text is considering any possibility that this person could have created the fire in the stack of grain in which this person is sleeping, or if the fire happened to have started while this person is sleeping within it. One also wonders why someone would be sleeping in a stack of grain, as well as whether any socioeconomic sensitivity on the part of the sages may have factored in to this exemption of culpability.

However, due to the same phrasing of “exempt, since one is judged upon his life” appears two other times in this tractate (7:13 and 9:18), with the latter evincing strong literary similarities. There, this phrase of “even accidentally, is exempt, since he is judged upon his life” is used twice, both in clearly intentional ways, suggesting that even in our text, this person may very well likely have lit this stack of grain intentionally. While it is unclear how that may have occurred, it could have been by having a lantern nearby, which then caused the stack to go up in flames. It seems that this case of someone sleeping on/in this stack is considered exempt, since they could have lost their own life.

The other new sleeping text in this order of the Tosefta versus the Mishnah concerns returning a stolen purse:

One who steals his fellow’s purse, yet returns it to him while he is asleep, waking up and finding his purse in his hand – if he recognizes it that it’s his – the thief is exempt; but if he does not recognize it, the thief is culpable. (tBava Kamma 10:36)

This case is intriguing: someone who has stolen someone else’s purse deciding to return it under the cover of night while the person from whom they had stolen it is sleeping: if the person is sleeping when it is returned to them, do they recognize it in the morning? If yes, the thief is exempt from his thievery, but if not, the thief is, indeed, culpable for such a theft. This text seems to use sleeping as a moment of lack of awareness, such that, upon waking, the person finds it [back] in his possession.

What’s Absent
There are several texts in the corresponding Mishnah that are not in the Tosefta: a person can always cause damage, whether awake or asleep (mBava Kamma 2:6), being exempt from inflicting indignity (mBava Kamma 8:1), swearing off sleep (mShevuot 3:5), and wine and sleep being good for the wicked and the world and bad for the righteous and the world (mSanhedrin 8:5). It seems almost as if the Tosefta in this order is not seeking to duplicate anything that appears in the Mishnah, but to add, including the case of the commercial noise in the courtyard, which is largely similar, yet slightly different.

Conclusion
Sleep in the Tosefta in the order of Nezikin largely adds on and does not duplicate the appearances of sleep in the Mishnah of the same order. Two new cases of culpability are found in the Tosefta that are absent from the Mishnah, one describing sleeping on a stack of grain that goes up in flame, and the other regarding returning a stolen purse while the person from whom it was stolen is sleeping. In addition to these is the slightly different version of balancing commercial activity versus sleep in a courtyard.